First Professional race of my career just after UNC graduation 1997

Blake Russell on Boylston Street finished 3rd and earned a spot on the 2008 Olympic Team. 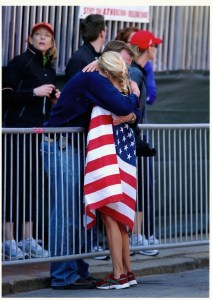 Magda, Deena. and myself celebrating before the Boston Marathon 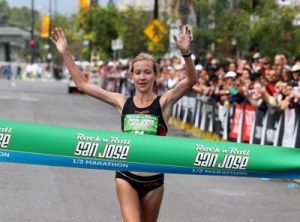 Quin sporting his Tom Brady signature from the ProAm About a half mile to go. Photo courtesy of Photobox